One of the most popular wildlife destinations in India, the Jim Corbett National Park is nestled amidst the hilly terrain of the Himalayan Range. The picturesque hilly settings of the Shivalik range and the rich biodiversity of the Jim Corbett forest is the big draw for the wildlife enthusiasts as well as the Nature lovers to visit here and enjoy the Corbett Safari. The Corbett National Park has been the flag bearer of the Tiger conservation since the park became the first Tiger reserve sanctuary in India when the park was chosen for launching the project tiger program - an initiative started in the year 1974 for the conservation of the endangered Royal Bengal Tigers.

Enriched with the diverse range of wild flora and fauna species, the Jim Corbett Park is among the most scenic parks in India, which is a natural home of hundreds of species of wild animals, avifauna, aqua fauna and reptiles along with the hundreds of species of wild flora. The Royal Bengal Tigers are the prime attraction of the park for the Jim Corbett Safari along with other wild animals like Indian Elephant, Leopards, Indian Bear, Wild Boar, Spotted Deer, Barking Deer, Hog Deer, Sambar, Chital and Langurs as well as crocodiles, Gharials, Python, King Kobra, etc. More than 450 species of flora constitute the dense green cover of the Jim Corbett forest.

Considered as a heaven for the bird watchers, the dense green cover and all-season water sources are the best settings for the domestic as well as migratory birds. Park is the natural habitat for more than 580 species of avifauna among which the prime attractions are the crested serpent eagle, Pallas fishing eagle, blossom-headed parakeet, red jungle fowl, waterfowl, various species of woodpecker, harriers and kites, Kalij pheasant, peafowl, Chir pheasant, cuckoos, red jungle fowl, Shrikes, Minivets, etc. Bird Lovers can enjoy the bird watching while on Corbett Safari. Among all the wild animals, the Tigers are on the top of the food chain and rule the forest within their territories. 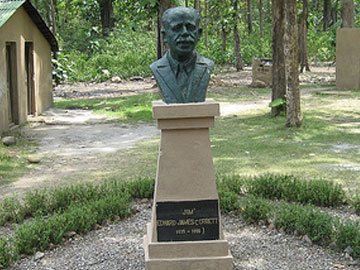 One of the oldest parks in Asia region, the Jim Corbett National Park was first recognized as the Hailey National Park in the year 1936. The park was the first officially recognised National Park in Asia with having an area of around 323 sq km. A legendary hunter turned environmentalist, Sir Jim Corbett played an important role in creating this wildlife reserve by using his expertise and influence to convince the provincial officers of the British government for the need of establishing a reserve in the region to save the wildlife. Later, in the honour of Sir Jim Corbett, the name of the park changed to the Jim Corbett National Park in the year 1955. When the Project Tiger was initiated in the year 1973 to save the endangered Royal Bengal Tigers in India, the reserve park was taken under the Project Tiger in the year 1974 and become the first Tiger Reserve of India. Over the time, the area of the National Park has increased as many adjacent areas of the forest reserve and wildlife sanctuaries are included in the park. As of now, the core area is around 520 sq. km and the buffer area is around 797 sq. km.

When to Visit In Jim Corbett ?

However, the opening and closing time of the Corbett National Park differs with the zone to zone. Jim Corbett Safari booking can be done throughout the year for the few zones while some of the zones are closed for the certain period. The tourism zones such as Dhela Zone and Jhirna Zone remain open for tourism throughout the year while the Bijrani zone remains open from 15th October to 30th June of every year, and the Dhikala Zone and the Durgadevi Zone remain open from 15th November to 15th June only. So, the best time for the Jim Corbett Safari booking is from mid of November to mid of June as all the zones remain open for the tourism activities and the weather condition is quite favorable and enjoyable for the tourism during these days.

How To Reach Jim Corbett

Though the Jim Corbett Park is located in the countryside the park is well connected to the major cities and places to arrive without any hassle. If you have made a prior Jim Corbett Safari booking then you can easily reach here and enjoy your Corbett safari without any hassle. The nearest Ramnagar town is located at just a few km from the different entry gates of the Corbett safari zones. The Bus stand and the Railway station of Ramnagar are connected to the major cities like New Delhi, Nainital, Haridwar, Dehradun, Lucknow, etc. with road network and rail network. The nearest airport to the park is Pantnagar Airport but the frequency of flight is very less so the best way is to arrive Delhi Airport and then take the roadway or railway to arrive Ramnagar.

In The Winter Season

In the Summer Season 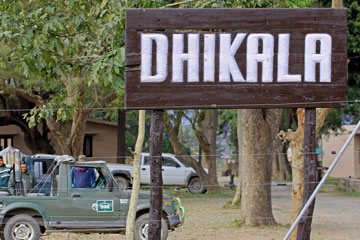 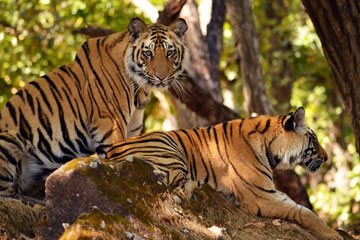 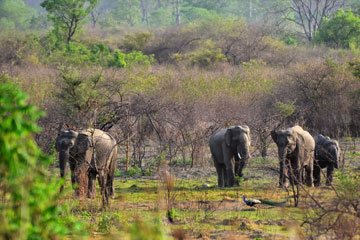 There are many Corbett tour packages available for tourists to enjoy and explore. 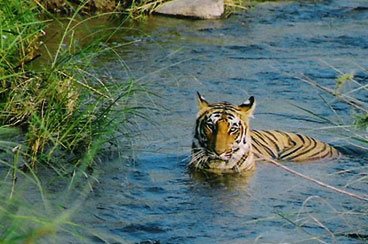 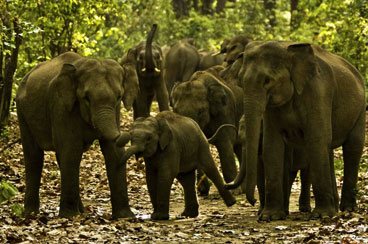 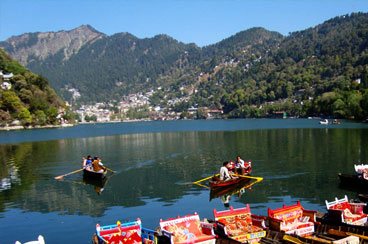 Jeep safari is one of the most enjoyable and safest safari option while making the Jim Corbett Safari booking in the corbett park. The park is divided into five zones namely Bijrani Zone, Durgadevi Zone, Jhirna Safari Zone, Dhela Safari Zone and Dhikala Zone. Thirty jeeps are allowed to enter inside the park at a time in order to maintain the eco system of the jungle. Online safari permit can be booked before 45 days from the date of travelling.

Please note that 3 to 3.5 hours of jeep safari is allowed on behalf of one Jim Corbett Safari booking permit. Jeep safari organised by the park authority in a 2 shift Morning / Afternoon jeep safari. In the area of Dhikala zone, jeep safari is given only those who are staying there in the night.

Booking in Jim Corbett National Park Enjoying an elephant Safari amidst the vast jungle of Jim Corbett National Park would be best treat for wildlife enthusiasts coming here to explore the rustic beauty of the park. Sitting at a height of three meter above the ground and elephant taking you slowly between the green landscapes of Corbett is amazing experience. And moreover it is also most feasible safari option to explore the every nook and corner of the jungle. It is advisable to get Elephant safari booking advance to avoid last time rush.

Canter Safari is one-of-its-kind of unique wildlife exploring idea that takes you to an apex form of tourism. It is a shared safari in an open mini bus that can accommodate 16 people at a time. The online permit for canter safari can be obtained from the Jim Corbett Safari Booking portal. Canter Safari is only permissible in the Dhikala Zone of park and that is the main tiger territory of the Jim Corbett. Unwinding the wildlife of the park accompanied by group of sixteen people at a time gives you unforgettable experience.